The event began with a cocktail reception inside the Cotillion Room where F4D in cooperation with Camera Nazionale Della Moda Italiana showcased the one-off creations by 8 fashion designers from Africa, Albania and Brazil, inspired by handbags donated by Armani, Bottega Veneta, Salvatore Ferragamo, Gucci, Prada, Tods, Valentino and Versace. The African designers were curated and sponsored by African Fashion International (AFI). In addition, Albanese designer Mirela Nurce exhibited her collection of silk printed garments featuring the drawings of children with hearing difficulties. 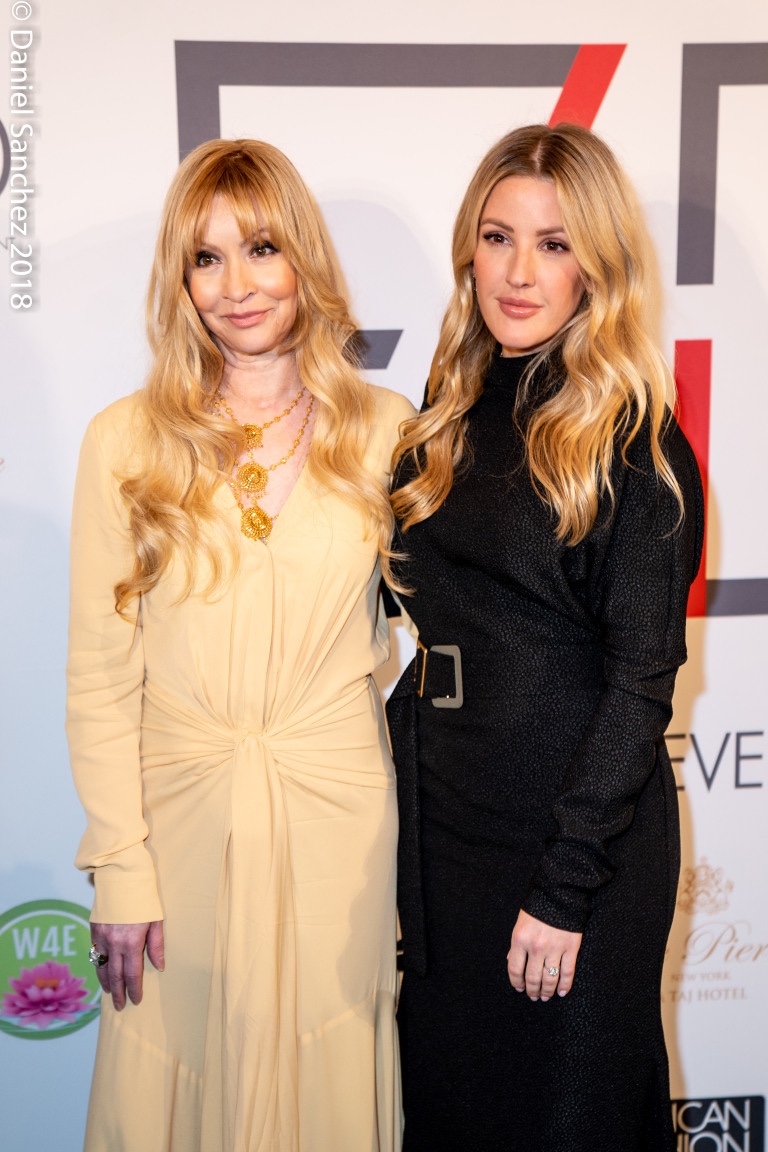 “I have always believed that Fashion is an instrument by which culture is created and a mirror through which culture is reflected. This belief brings me to introduce our project of Inspiration through Cultural Exchange.”

Livia Firth, past recipient of the Fashion 4 Development Award, presented this year’s Fashion 4 Development Award to Philanthropist, Investor, Humanitarian and Sustainability Advocate, Founder/Investor Net-a-Porter, Carmen Busquets, for her work supporting artisans and for disruptive business innovation to recalibrate the luxury fashion industry for the benefit of people and planet.

“What I want to see from the industry is more nnnovation, more fulfilling jobs, more beauty, but less mindless consumption, less – no – zero abuse, and ZERO waste. Time, as they say, is up.”

League of Gentlemen Award recipient and Managing Director of The Woolmark Company, Stuart McCullough, joined the stage to accept his award on behalf of “tens of thousands of Australian woolgrowers who work tirelessly to grow the softest Merino wool in the world”. Following Stuart’s acceptance speech, Livia Firth then presented the Eco Award to double Brit winner and Grammy nominated singer, songwriter and UN Ambassador for Environment, Ellie Goulding. Ellie was being recognized for being an important voice advocating for environmental change and engaging young people around the world about climate change.

During the ceremony the attendees previewed a video about the Commonwealth Fashion Exchange Project, featuring sustainable designs by established and emerging talent in collaboration with skilled artisans from across the Commonwealth’s 53 countries. The video was presented by Nadja Swarovski, Ulric Jerome and Stuart McCullough, and followed by a runway show of “looks” created through the Fashion Exchange and powered by Eco Age in partnership with Swarovski, The Woolmark Company andMATCHESFASHION.COM, that were originally unveiled at Buckingham Palace during London Fashion Week in February.

Laurent Sauveur welcomed F4D’s Angel Award recipient, Actress, Philanthropist and L’Oreal’s newest global celebrity spokesperson, Amber Heard for her humanitarian mission in support of Syrian refugees in Jordan as well as for actively promoting the message of justice, respect and compassion towards women and children around the world

“I’m successful because of the strong women I could respect and be accountable toward. Even when we might seem worlds apart and live across the globe, we all need to remember that we are each other’s supporters”

Following Amber’s acceptance, Aldis Hodge introduced Helen Watson, CEO of Rothschild & Co. Wealth Management. Once on stage, Helen presented the Women’s Champion Award recipient to Edwina Dunn, Chair of Your Life, a Government-backed campaign to encourage young people to consider careers in STEM (Science, Technology, Engineering and Maths) and Founder of The Female Lead, a social enterprise to bring inspiration female role models across the world to US and UK based schools.

“Young girls need more role models, because you can’t be what you can’t see..” -Edwina Dunn