Hiraeth is a short film whose story revolves around a refugee of war from Iraq.

The movie will make you reflect, think and cry. The film is about Ali (Teeshay Shah), a student from India and Hassan (Ahmed Shihab Eldin) who is a man affected by war. Ali asking Hassan for a cigarette will end up in a very real chat where Hassan will tell Ali about his story as a refugee, about his family and his struggle to leave his country, on a note that will make you cry and think about what’s happening in the world right now. A moment to reflect. This movie is real and it will touch your heart. 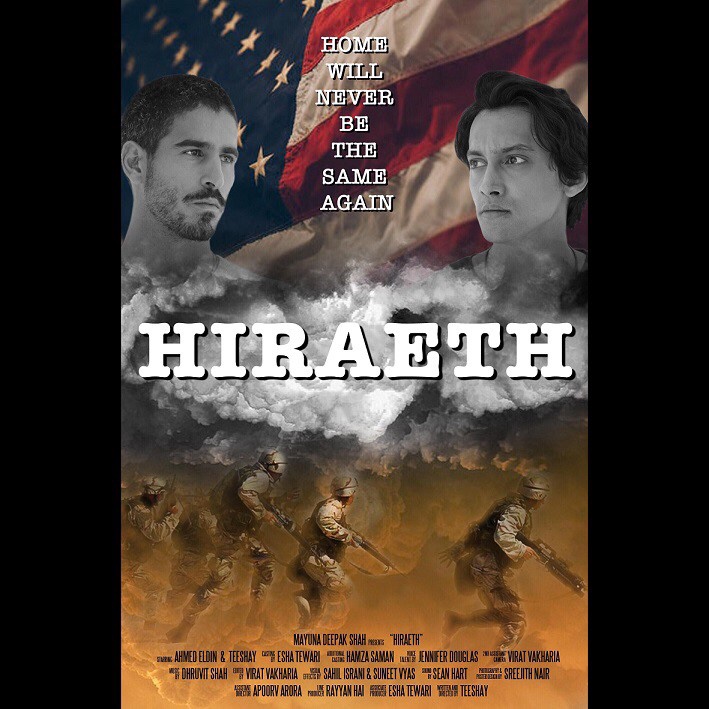 The movie: Told by way of conversation, this humanizing story briefly reveals some of the inner complexities of living outside one’s home country and highlights the struggle many refugees face when trying to make decisions in the best interest of their family. Hiraeth, true to its definition, is about more than mere homesickness; it’s about a deep connection one feels to their homeland and a longing to return to a place which is impossible to return to. Although the film itself is not political, it does touch on one of the most contested political subjects: immigration. Humanitarian implications of immigration policy can often be overlooked. Instead of taking sides on the debate, Hiraeth focuses on humanity by telling the story of one refugee. The telling of this one refugee’s immigration story gives a voice to the millions of other refugees who face the unknown and are struggling to find a new home in a new country.

The film’s cast headlines Emmy-nominated journalist and former VICE correspondent, Ahmed Shihab-Eldin, and Teeshay, an Indian actor, host and now filmmaker currently based in Los Angeles. Ahmed Shihab-Eldin plays Hasan, a man affected by war. Teeshay plays Ali, a student from India who forms an unlikely friendship with Hasan in the most unlikely situation.

Teeshay has written and directed the film. This is an honest project straight from the heart and is inspired by real events. Hiraeth is meant to encourage the audience to consider what “home” is for them and to contemplate how they would feel if going home was no longer an option.